11 Bengali Wedding Rituals That We Just Can’t Get Over

Indian weddings are like a bonus festival. It is a family reunion where you get to dress like a princess! Every state in India offers a different style for weddings, but if you ask us to pick one with the most romantic rituals, Bengali weddings ace it. From Subho Drishti to siddur daan, here are some of the cutest rituals that we just can’t get over. Go through the list and see for yourself why Bengali weddings are the cutest! An extravagant Bengali wedding starts with Adan Pradan. Bengali customs involve the bride and groom’s families a lot, so if you are getting invited to one, make sure you buy a lot of clothes for every event! Aadan Pradan is when the bride and groom’s family come together to finalize the dates of the marriage. The wedding priest accompanies the ceremony and seals the marriage date after referring to the panjika. It is a private affair that is done only between the two families. 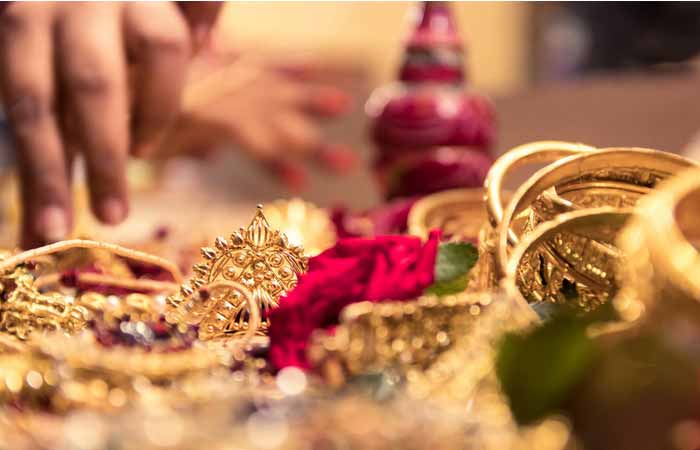 Engagement is an entirely different story when it comes to Bengali weddings. We don’t exchange rings, and neither do the bride and groom stay with each other. The ashirbad ceremonies are held on different dates for the bride and groom. On the bride’s ashirbad, members from the groom’s family come and bless the bride to be with dhan and Dubbo. There are many gifts which include gold and sarees to be worn through the wedding ceremonies. 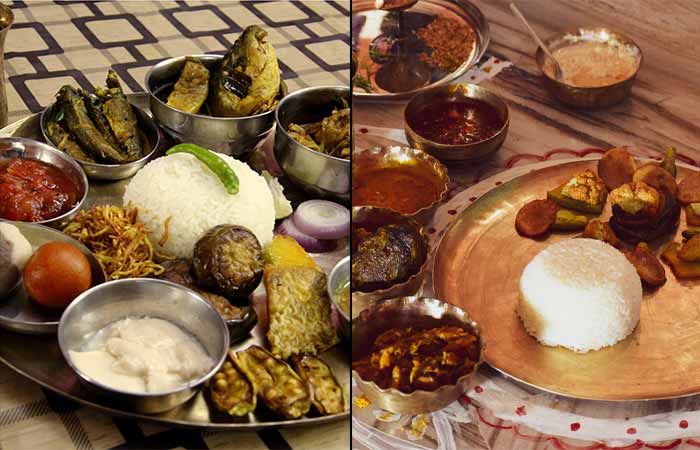 If you are a foodie, this is probably going to be your favorite ritual. It is arranged from both the bride and groom’s side where their relatives invite them to have meals comprising of their favorite food. It is considered as the last meal before getting married. We can’t help obsessing about a Bengali married woman who wears the red and white bangles on their wrist. It is gifted by her family members, and from the day of her wedding, she adorns the two bangles. It does have scientific reasons, but even if we leave that out, it will only remind the girl of the best day of her life. Haldi might mean different things to a non-Bengali, but we Bengalis don’t have loud music or songs playing that day. All we can hear is ullus and sonkho. That is the day Haldi is smeared on the bride and the groom to be. If you are attending a Gaye holud, make sure you keep your expensive clothes aside. Also, if you are single and get haldi on your face, it is believed that you are next in line to get married! Bengalis are at their creative best when it comes to decorating a tatta. Tatta are the gifts exchanged on both sides, but we don’t just pack them and send them away; we make something incredibly innovative out of each gift. Sarees are wrapped in the shape of boats, butterflies, peacocks, etc. If you are not a Bengali, the two fishes dressed as bride and groom may startle you, but that is a Speciality! It is cooked on the same day and served as a meal. 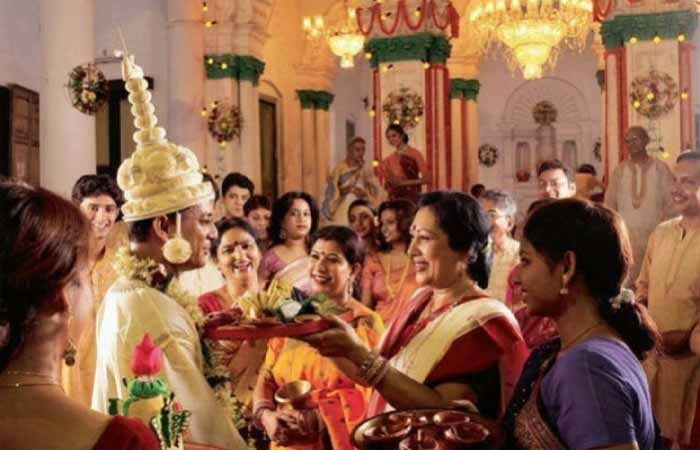 You must have caught a glimpse of the boron in movies and wondered what that was all about. Boron is when the groom arrives along with his family and friends (bor-jatri) to the wedding venue, and he is first blessed by the mother of the bride. She offers him sweets, and then he is taken by the bride’s father to the mandap. If you are a hopeless romantic, you are going to dig this ceremony! In Bengali weddings, the bride and groom are not allowed to see each other till the subho Drishti. In this, the bride enters the mandap being carried in a peere by her relatives. She covers her face with two paan leaves and takes seven rounds of her husband to be. She then stands in front of him, and then the bride and groom are both covered by a white cloth. She is then allowed to remove the leaves from her face, and her husband sees her face for the first time. 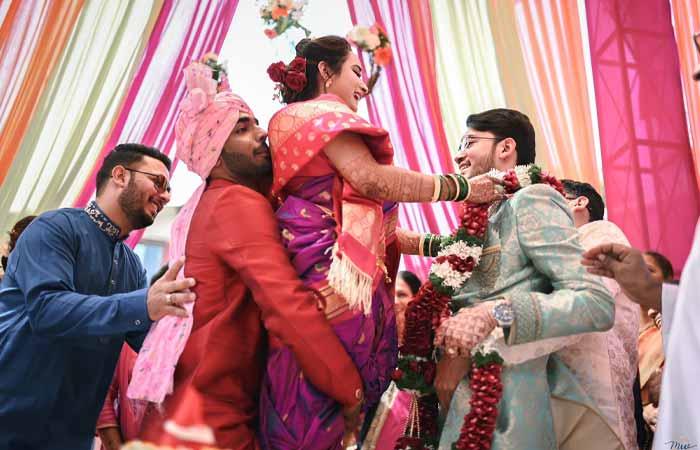 Mala Bodol is when the bride and groom exchange their garlands thrice, but it is not as easy as it sounds. The bride and groom’s friends lift them up so that putting the garland does not get any easier! It may sound similar to the saat pheres, but it has a twist! The bride steps on seven betel leaves one after another, and the groom follows while moving a nora with his feet. While they do this, the pallu of the girl is tied to the grooms’ attire. 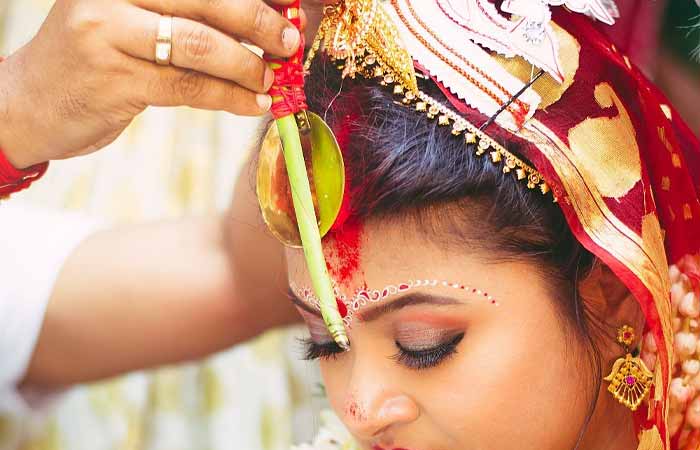 The marriage rituals conclude with the groom smearing vermillion on the bride’s head. You may not have known that the groom does not see his bride while putting the vermillion. The bride’s face is covered by lojja bostu, and the groom applies it with a kulo. The more shidur falls on the nose, the more the husband loves the wife!

These were all the rituals that a Bengali girl couldn’t wait to experience at her wedding. Did you know all these rituals before? Let us know which your favorite is in the comments below!

The post 11 Bengali Wedding Rituals That We Just Can’t Get Over appeared first on STYLECRAZE.