8 Signs That You Have A Controlling Boyfriend

In an age where social media just about glorifies jealousy and control in a relationship, it is hard to decipher the signs of a controlling boyfriend. On the contrary, it makes people wish for a ‘controlling’ boyfriend! Possessiveness is not cute, nor is jealousy. If you find yourself asking, “Is my boyfriend controlling?” you need to take note of his behavioral patterns.

Signs that your boyfriend is controlling may range from subtle actions to outright commands that dictate your daily activities. It is essential to know how to deal with a controlling boyfriend, and the first step is to identify the signs that point towards one.

In this article, we have listed ways to identify that you are being manipulated into following your boyfriend’s wishes and commands. We also talk about how you can act against this toxic behavior to safeguard your mental health, self-esteem, and individuality. Keep scrolling!

How To Recognize A Controlling Boyfriend 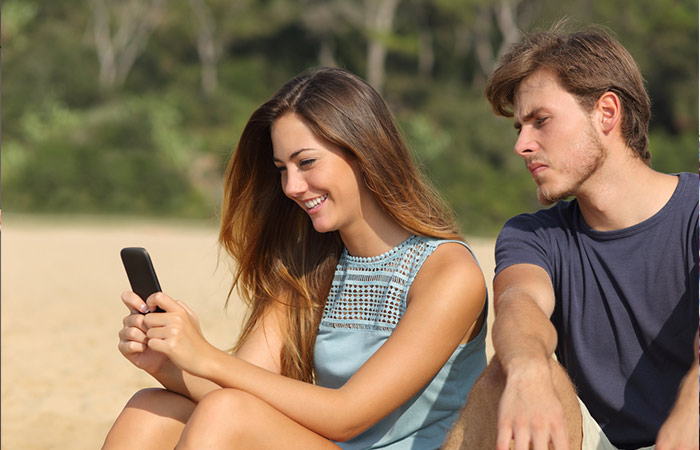 A controlling boyfriend intimidates or dominates his partner into doing things that he wants or prefers instead of honoring the partner’s wishes. The signs your boyfriend is abusive and controlling won’t be laid out in the open when you are getting to know each other. Rather, they appear after quite some time, especially when you have crossed your honeymoon phase and spent at least a few months with each other.

People need space, and if your boyfriend becomes aggressive when you ask for it or accuses you of cheating on him or not being in love with him, you may be dealing with a controlling boyfriend. The next section talks in detail about various ways to identify controlling behavior. Read on.

8 Signs That Your Boyfriend Is Controlling You 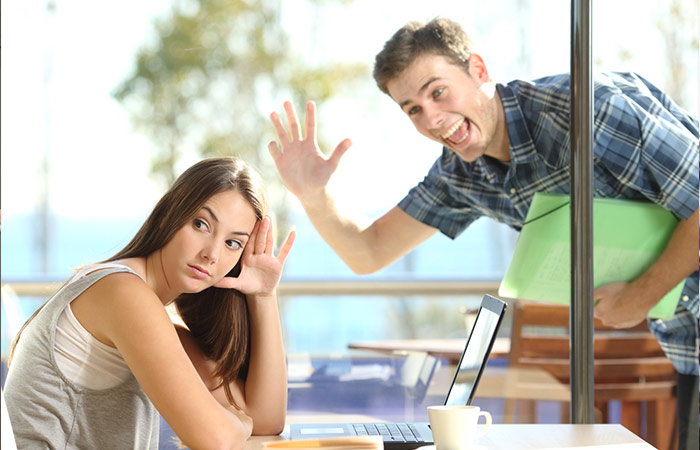 Look into his actions more carefully to understand if your boyfriend is controlling you. Below are a few signs that may lead you to the answer:

A controlling boyfriend cannot bear to see you being self-dependent. If most of your activities don’t revolve around or involve him, he tends to get upset or even angry. When you want to do something on your own, he belittles you by assuming you shall not be able to do it without his help. He is dissatisfied with anything you do and rushes to help you do a better job. You are slowly made to believe that he completes you, and you need him.

2. He Is Overprotective Towards You

There is a thin line between care and overprotectiveness. If your boyfriend monitors your every move — from the friends you meet to the places you visit — he wants to control you. You may put him through a short is-my-boyfriend-controlling-me test by not receiving his calls when you go out with someone else. If he is more angry than concerned or tries to accuse you of not being committed enough to him, it is a sign that your boyfriend is trying to control you.

3. He Makes Your Decisions

“Don’t talk to your colleague; I don’t like it.”
“Don’t meet your friend. I don’t want you to.”
“Why are you uncomfortable? Do it.”

If you are familiar with any of the above statements, you might be with a controlling boyfriend. He makes all your decisions for you — from the food you eat to the clothes you wear and the people you meet, he decides everything. If he wants a say in everything you do, regardless of your opinions, it is time to ask yourself if you really want to be with such a possessive, controlling person.

A controlling boyfriend will always make you feel guilty for everything instead of taking responsibility for his actions. He will gaslight you into believing that his negative or hostile behavior is for your own good and that he would not have been angry had you behaved in a certain way. He may turn the entire discourse around to make you feel like you are in the wrong here, and before you know it, you are apologizing to him. 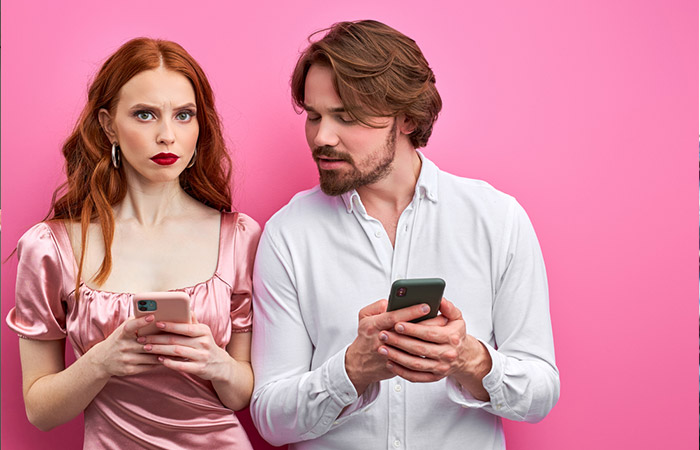 If your boyfriend has frequent outbursts, abuses you when he is upset even when it hurts you in the process, or gives you the silent treatment as a form of punishment, he is trying to control you. No one deserves to be a victim of abuse, and if your boyfriend hurts you emotionally, physically, verbally, or sexually, you need to get away from him.

6. He Doesn’t Respect Your Boundaries

From checking your phone to reading your journal, if your boyfriend does not respect your boundaries, you should see it as a sign. If he gets angry when you don’t let him get his way with you or blames you for not sharing your social media passwords with him, they point towards the signs of an emotionally controlling boyfriend. Before being a partner, you are an individual who needs their privacy, and no one is allowed to breach it. Disrespecting boundaries may also include pressuring you into having sex with him or even forcing you to do things you are uncomfortable with while making you think you agreed to it.

7. His Love For You Has Conditions

8. He Isolates You From Others

If he cuts you off whenever you talk about other people or dislikes when you speak to them, he is a jealous and controlling boyfriend. Does your boyfriend complain or set a deadline when you spend time with others? Is he almost always in a crisis that needs your immediate attention whenever you hang out with someone else? If these things happen repeatedly, you should look through the guise and save yourself from being manipulated.

Once you are sure that your boyfriend controls and manipulates you, it’s time to deal with it. If you are a parent who thinks their daughter’s boyfriend is controlling, you might reach out to her to talk about this in a non-judgmental way. Then, try to figure out a way to deal with the boyfriend and seek professional advice if needed. The key is to deal with the situation carefully instead of being angry. Head to the next section for some pointers on tackling a controlling boyfriend.

How To Deal With A Controlling Boyfriend 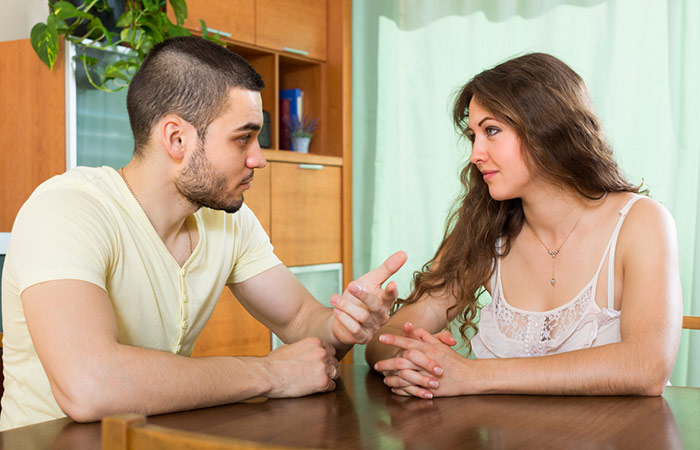 At times, people may not realize that their behavior is being perceived as problematic as it is something they are doing unknowingly. So, the best way to approach them is to talk about the issue.

You may even discover that they think you were a controlling girlfriend when you didn’t mean to be so. Setting boundaries and having open communication with your partner can nip the concern in the bud. You can also ask yourself, “Why am I so controlling towards my boyfriend?” and think of ways to stop this behavior immediately.

Similarly, if he was controlling you without realizing it, you can start setting clear boundaries and guide him on the practices of a healthy relationship. You can also seek professional advice to help him get rid of this behavioral pattern.

However, if you talk to him about the issue and he gets angry with you instead of understanding the situation and thinks his behavior is completely normal and not toxic, you need to get out of the relationship.

How To Leave A Controlling Boyfriend 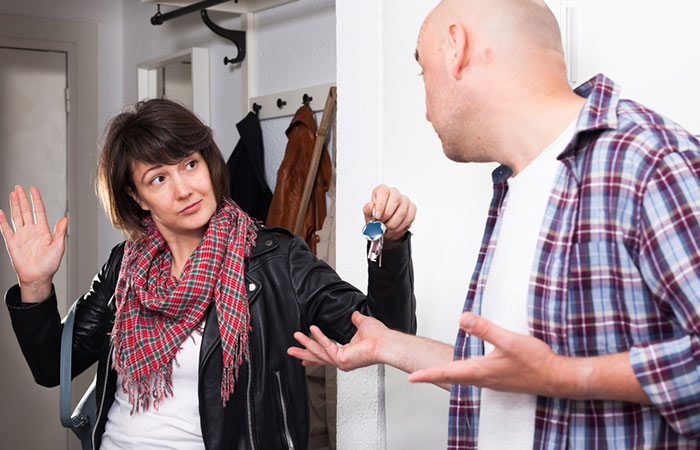 What happens when you break up with a controlling boyfriend? He realizes that you are leaving for good and does everything to make you stay. From begging for forgiveness to being even more hostile and threatening to hurt you, he will try everything. He might even try to isolate you from your loved ones so that you only have him to depend upon.

Is your boyfriend controlling to the point that it affects your safety? If so, reach out to the people you trust and seek help from them before dumping him so that they can protect you.

No matter what he does or says, don’t let him manipulate you into thinking he will change for you. Leave for good and block him from every social media platform. It is best to stop visiting places with high chances of meeting him, at least during the initial few weeks. You may also consider moving to a safe place if he is physically violent.

On A Final Note

Sometimes, leaving is the bravest thing you can do, especially when you love that person. If your relationship involves you frequently thinking, “My boyfriend is so controlling, what do I do?” it’s better to move on from him. Never hesitate to reach out to your loved ones or contact helplines regarding abuse. Do not suffer in silence. You are worthy of so much more!

The post 8 Signs That You Have A Controlling Boyfriend appeared first on STYLECRAZE.