6 Popular Female Characters Who DID NOT Need A Makeover

Hollywood and Bollywood have this unique thing where they will decide to change how a girl looks for simply no reason. The “makeover” trope is a genuine problem and usually focuses on turning already beautiful girls into what people find conventionally attractive. This usually involves popular girls turning so-called ugly ducklings into beautiful swans, or they will take away a girl’s unique and beautiful sense of style and turn it into something essential and generic. Or they will take tomboys or girls who prefer a more gothic sense of fashion and make them more generic once again. There are countless examples of female characters who were totally gorgeous before their makeovers and did not need to change. Especially not for fleeting things like men and becoming famous. So we’ve decided to prepare a list of seven super popular characters from Hollywood and Bollywood films that absolutely did not need to change their looks, personality, and sense of style: 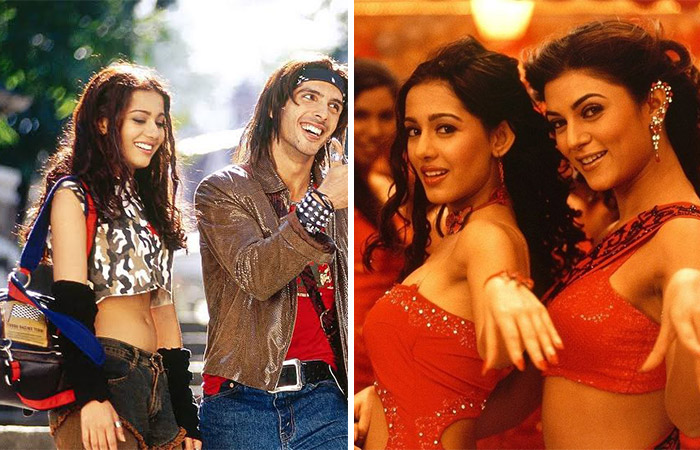 Main Hoon Na really did Sanjana dirty. Every girl you ask will agree that Sanjana looked so much more stylish and unique before changing everything about her to impress Lucky. Firstly, Lucky seemed like a total loser who didn’t even care about getting an education and was more interested in chasing after pretty girls. Sanjana could do so much better than him, and we don’t understand how a guy like him could be so popular. Bollywood has this annoying habit of turning every girl “sanskari” as if her career doesn’t reveal just as much skin as crop tops do. It’s honestly sad how Bollywood expects girls to change themselves to impress men or get in with the popular crowd. Sanjana truly deserved better. Recently a Twitter user pointed out how Sanjana had a gorgeous e-girl look before it even became popular and channeled a much-needed emo vibe in a world full of basic girls. Although everyone had the biggest crush on Major Ram, he too was a hypocrite because he told an upset Sanjana that she is beautiful as she is and then took her to Miss Chandani to change her entire look with makeup. We’re not saying we have a problem with “sanskari” girls, but why do you want to change every single girl into one of them? Everyone has a different idea of what they find beautiful, and beauty lies in the eyes of the beholder. Also, who can forget Sanjana’s cute af dance moves in the song “Chale Jaise Hawaein”. If you didn’t fall in love with her in that song, are you even into Bollywood films? Anjali was honestly the cutest, and we absolutely hate how Rahul and Tina gaslighted her into changing her looks and then made fun of her when she did. Talk about rudeness? If that doesn’t spell toxic friends, then we don’t know what does. Isn’t it sad that Bollywood keeps trying to change girls who dress in Western wear into “susheel” and “sanskari” saree-wearing women? Just imagine the outrage if they tried to force a traditional girl into wearing more western or revealing clothes (Oh wait, they did, read the next point to find out). Anjali was so beautiful as herself and was unique and even better than Rahul at so many things. It’s honestly sad that she had to settle for Rahul after all the jerk moves he pulled to impress Tina. Guys who treat women they are not attracted to badly are not the kind of guys who deserve happy endings. Aman seemed to genuinely be a nice guy and cared more about Anjali than Rahul probably ever would. Also, how disrespectful is it that Rahul and Anjali decided to get married literally five minutes after she ended things with Aman, on their wedding day! This movie has left so many questions unanswered, and can we all just agree that Tina was the worst person ever and Rahul and they totally deserved each other? 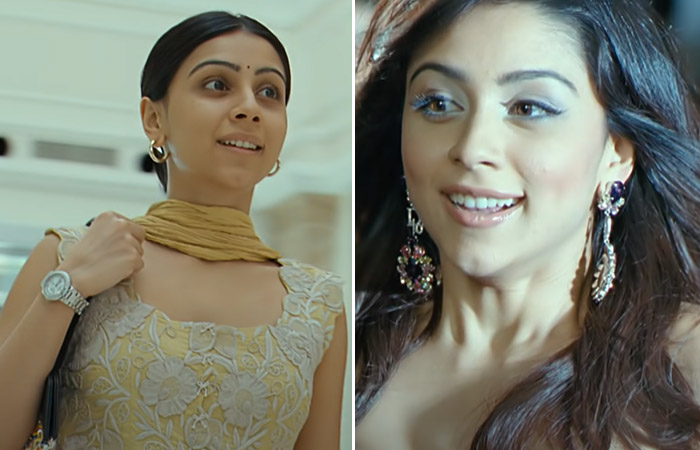 Aisha is the Indian “recreation” of the Hollywood film, Clueless, which also involved an unnecessary makeover. In Aisha, the titular character Aisha decides that it is her absolute duty to play the role of cupid and set two people who have absolutely nothing in common up with each other. Aisha tries to give an innocent and middle-class girl, Shefali, a makeover and set her up with a wealthy friend, Randhir, hoping it will elevate Shefali’s status in society. Throughout the film, Aisha schemes to try to set them up together despite them not being interested in each other. When Shefali’s childhood friend, Saurabh, proposes to her, she asks Aisha for advice; Aisha gives her terrible advice and very passive-aggressively tells Shefali to reject him. Later, when Shefali admits that she has feelings for Arjun (who is Aisha’s childhood friend and who she truly loves), Aisha is heartbroken. Eventually, Shefali calls Aisha out on her behavior and states that Aisha never saw her as a friend, but instead saw her as a project to be molded. Shefali then returns to her true love, Saurabh. An ending that this kind soul and gem of a human being truly deserved.

4. Laney Boggs From She’s All That Well, if Bollywood did it poorly, then we’re here to tell you that Hollywood is no less. In She’s All That, we’re introduced to the gorgeous and somewhat nerdy Laney Boggs. In the film, Laney Boggs is shown with gigantic glasses and a ponytail and is considered unattractive. Then, the most popular guy in her high school decides he needs to “save her” by giving her a makeover which basically involves making her wear contacts and giving her a haircut. We have a lot of questions about this film. Firstly, why is she not considered beautiful with glasses? Secondly, what’s wrong with being a nerd? It’s honestly ridiculous that so many movies center around converting a nerd into a supermodel. If a guy doesn’t like you as you are, what’s the point of having him in your life? While Miss Congeniality is probably one of the most hilarious and feel-good films of all time, we hate that they changed everything about Gracie Hart. Sure, she did this to be an undercover agent, but more than anything, we hate how rude and mocking the guys were towards her when she was a tomboy. It honestly makes us so mad that people think it’s only okay to treat conventionally attractive women with respect and be outright nasty towards tomboys. Of course, we must admit that Gracie Hart took it a bit too far in her pursuit of being a tomboy and was also hostile towards other women by saying things like “I’m not like regular girls”. However, we have to admit that we liked the fact that Gracie at least retained some bits of her personality after the “makeover”. Honestly, Cady Heron was so unique and fun in her own way before she decided she wanted to join the vapid and evil “Plastics”. While Regina George will always be an icon in the girl world, we really dislike people who behave like her in real life. The mean girls take advantage of the fact that Cady is new in town and very impressionable and try to mold her into one of them. So much so that Cady has to borrow a Polo from her gay friend, Damien, to fit in with them. We liked her before, and so did Janice and the others. At least we found out later that she did this as a way to get into the group and hurt Regina George (she totally deserved it).

We’re not saying that makeovers aren’t good sometimes, but the truth is that even after a makeover, the person will probably revert back to how they were before. So now that you’ve read our list, what are your thoughts? Which of these characters was your favorite? Do you agree with the fact that these characters did not need a makeover? Tell us in the comments below!

The post 6 Popular Female Characters Who DID NOT Need A Makeover appeared first on STYLECRAZE.