6 Royal Beauty Regimes From Queens Around The World

Women and vanity have always gone hand in hand since time immemorial. In fact, did you know that the greatest queens from around the world were not only renowned for their struggles and the wars they’ve fought, but also for their exquisite beauty secrets? And why not? When the whole world has their eyes on you, flawless skin isn’t an option anymore. It’s basically a part of your job description. It’s not by accident or coincidence that the royals from imperial times had radiant skin. They understood the importance of skincare and how it reflected on their health. So, how did the royal beauties manage to get such stunning skin? They took skincare matters into their own hands and showed unwavering commitment towards their beauty rituals. If you are looking to recreate their alluring and regal glow, here are the rituals, lotions, and potions that the queens swore by for their glowing radiance. 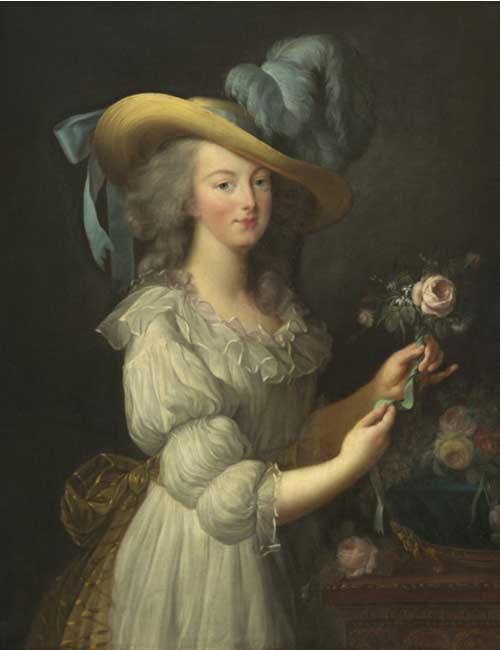 Antoinette’s beauty rituals ranged from totally outlandish to surprisingly practical. Her most infamous practice was cleansing with Eau Cosmetique de Pigeon, and yes, you guessed it right, it was made using the bird itself. After washing up the bizarre concoction, she would tone her skin with an astringent crafted with grapevines. And finally, to achieve a fresh and glowing complexion, she used her signature face mask (which is still very popular in France today). The mask combined ⅓ cup of dry milk powder (aids cell-renewal process), one egg white, lemon juice, and two teaspoons of cognac (great for stimulating circulation). Apart from this, she would also indulge in de-stressing baths with skin-soothing ingredients like linseed, pine nuts, and sweet almonds.

2. Elizabeth, Queen Of Hungary And Austria 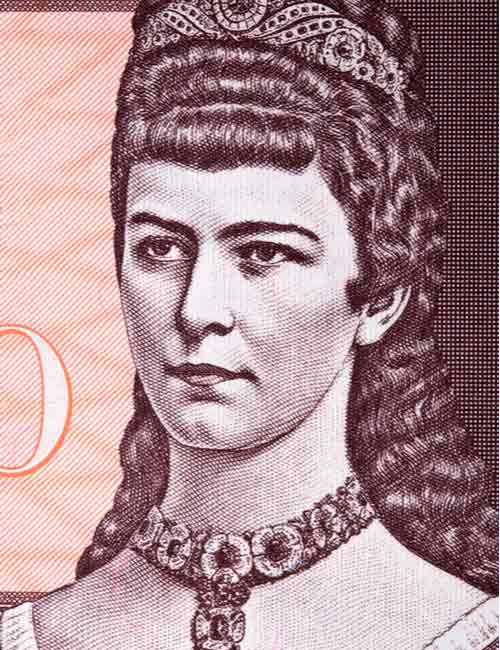 The queen of Hungary and Austria was also probably the queen of DIY. To overcome hair loss and promote healthy hair growth, she designed a DIY hair mask using olive oil, egg yolk, honey, and brandy. This formulation gave her silky smooth and bouncy tresses that reached up to her ankles. She was also known for plucking her hairline to achieve a symmetrical forehead. 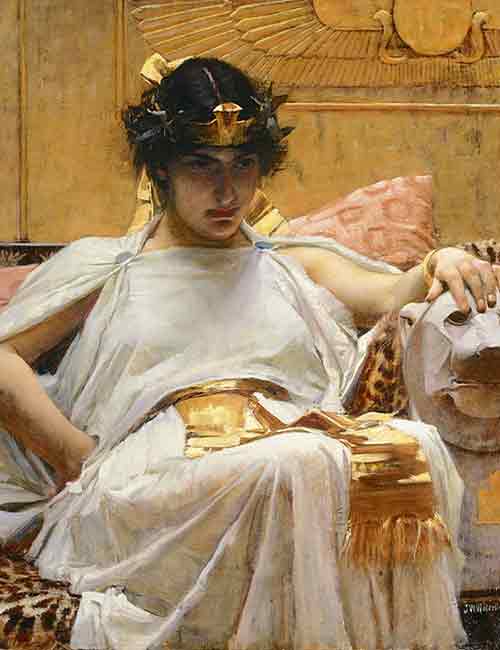 Queen Cleopatra of Egypt has always been regarded as one of the most beautiful queens in the world. She was known to be fierce, charming, and her beauty rituals ensured that her skin and hair looked immaculate and perfect. Milk baths were an essential part of her beauty routine as they helped exfoliate and rejuvenate her skin. She also used the mineral-rich dead sea salts, which worked great in replenishing her skin, preventing blemishes, and adding glow. One of the most famous beauty techniques used by Cleopatra was using Kohl made from black galena to create her famous cat-eye look. It not only enhanced her appearance but also protected her eyes from the sun and infections. 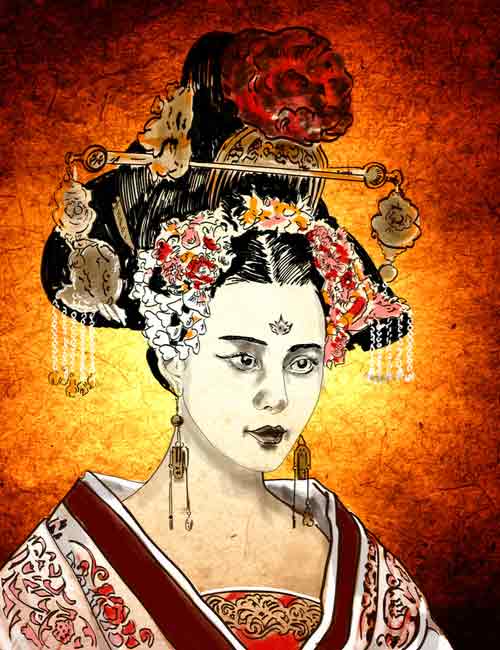 Chinese empresses were famous for their porcelain skin, even before serums were invented. Empress Wu, the only female ruler in Chinese history, was renowned for her youthful skin, even when she was 80. It is believed that she applied a special anti-aging face mask derived from natural ingredients three times a day. The face mask contained mung beans (moong dal), green tea extracts, and a herb named motherwort. Empress Wu also used pearl powder to maintain her beauty and glow. She would either consume or apply the pearl powder on her skin to prevent wrinkles and blemishes. The powder helped renew skin cells, detox, and delay the aging process.

5. Rani Padmini, The Queen Of Chittorgarh 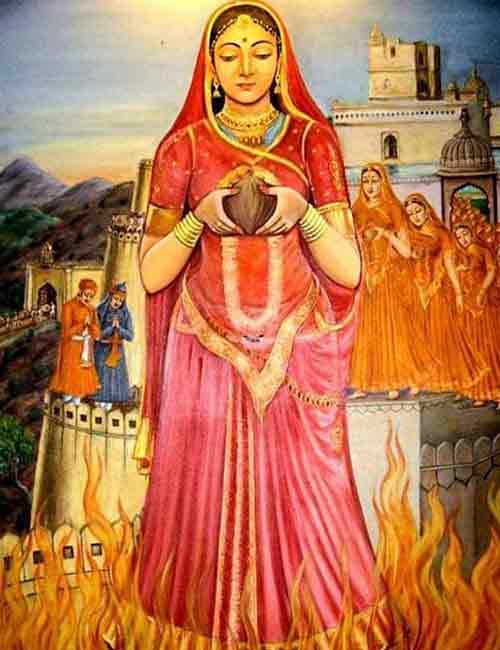 Rani Padmini was renowned for her angelic beauty and was considered one of the most beautiful Indian queens. Her skin was youthful, soft, and supple. Rani Padmini often indulged in luxurious baths with olive milk, rose petals, and honey to achieve that regal glow. It is believed that she would send her butlers to faraway places to procure olive milk, which was later combined with ½ cup of honey, ¼ cup of olive oil, and a handful of roses. The olive milk-infused baths helped the queen soften her skin, soothe sunburns, and prevent inflammation. 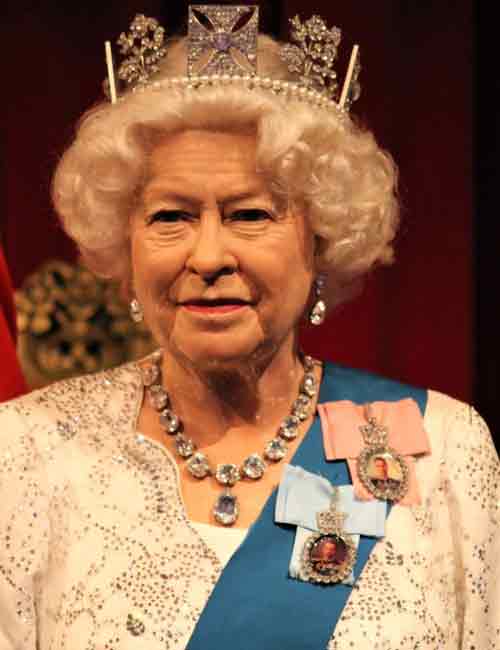 The reigning queen of England maybe 95 years old, but she is perennially polished. And recently, an anti-aging expert revealed the secret to maintaining the Queen’s youthful look. The queen’s hack to keeping her skin radiant is simply avoiding sun rays. Yes, the British monarch has managed to maintain her skin’s health by preventing the sun on her face. She always wears a hat or carries a parasol to protect her skin from the harsh effects of the sun. Apart from this, the queen is also a lipstick fanatic and has a unique shade for every occasion. Fun fact: When Elizabeth was crowned in 1952, she had a unique red-blue lipstick shade created (which she named after her country home in Scotland) to match her coronation robes.

Achieving a beautiful and healthy glow isn’t that difficult, and you don’t even have to include expensive products and treatments. It is as simple as using natural and chemical-free ingredients. Take notes from these royal beauties and enhance your glow by trying out their tested skin care methods. Always do a patch test before you use these ingredients. Which queen’s beauty regime did you find the most fascinating? Tell us in the comments below.

The post 6 Royal Beauty Regimes From Queens Around The World appeared first on STYLECRAZE.