Your Ultimate Guide To Taurus And Libra Compatibility

It is stability that meets whimsy when Taurus and Libra come together. However, with Venus as their ruling planet, both the signs take pleasure in beauty, relationship, luxury, and sensual chemistry despite their different approaches to life. According to Sofia Adler, a certified astrologer and meditation coach, a Taurus-Libra partnership is “consistent, stable, and feels incredibly comfortable and safe.”

“Taurus is one of the most reliable signs in the zodiac, known for moving slowly and steadily and taking action that is in line with their values. Taurus also loves nice things, a quality Libras share! Libras are known for their desire to maintain harmony and balance in their lives, especially through relationships. This sign is known for its ability to make its partner feel seen, heard, and appreciated and never miss out on noticing the beauty of life. A Taurus-Libra pair would have a beautiful home that feels comfortable, safe, and uplifting,” Adler adds.

This article details how, despite contrasting personalities, both can share high compatibility if Taurus learns to give space and Libra forgives Taurus’ mistakes. Keep scrolling!

Are Taurus And Libra Compatible? 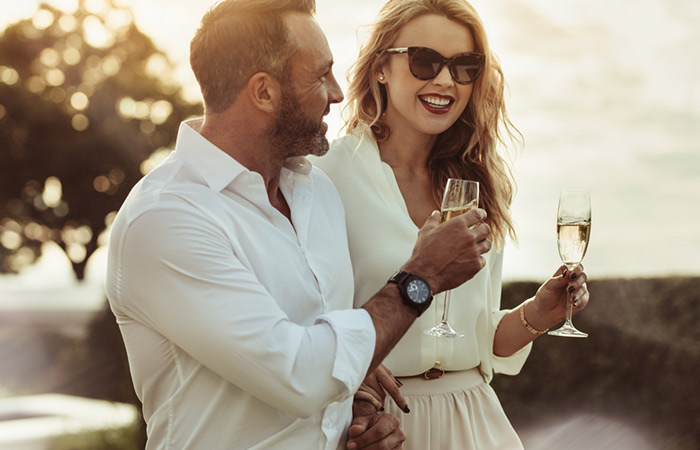 Taurus and Libra are signs that love to love. They like to be showered with affection and compliments. The earth sign is awed by the air sign’s unique style, while the latter is head over heels in love with the bull’s laidback demeanor. At first sight, they seem perfect for each other.

Unfortunately, when Taurus and Libra spend more time with each other, their compatibility percentage becomes low. Their differences are quick to creep into their lives, breaking the bond, one hairline crack at a time. However, despite the differences, the signs can make their relationship work if both are willing to put in the required effort.

When it comes to Taurus and Libra, no matter the gender, the compatibility remains in the bottom tier. Let us take a look at different gender combinations.

A Taurus woman loves to take things slow, and when it comes to building a relationship, she prefers to take her own time to bring herself to trust someone. The Libra man, on the other hand, may get frustrated and impatient during the process, leading to disagreements even before they commit to each other. However, the compatibility between a Libra man and a Taurus woman may improve if both sides are ready to compromise a little and hear each other out.

A Libra woman and Taurus man’s love compatibility often faces rocky situations, considering the differences in their opinions. The air sign is hesitant to commit at first since she feels she will miss out on someone who might be a better fit for her. Her whimsical nature will trigger the bull’s trust issues and lead to unpleasant conversations and uncomfortable silences. But if they can move past this phase, they are bound to forge a peaceful relationship.

The same is true for same-sex relationships between Taurus and Libra. The innate rigid practicality of Taurus irks the easy-going Libra to the extent that it gives rise to arguments. Meanwhile, Libra’s indecisive nature stirs annoyance in Taurus, who is quick to express their anger with a scoff and a sarcastic quip, enough to set the other off.

Earth signs and air signs are complete opposites, and when it comes to being friends, they are bound to clash. Head to the next section to know about the friendship compatibility of Taurus and Libra signs. 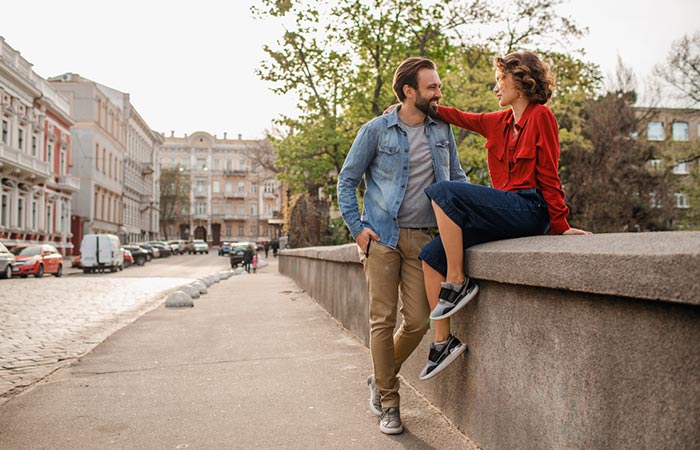 When we talk about Taurus and Libra compatibility, friendship plays an important role as well. True to its element, Libra loves to be spontaneous, sociable, and chatty. They want to be the center of attention. On the other hand, Taurus prefers to stay grounded. However, Libra’s cheerful chum often disrupts their love for leisure and quietude.

While Libra wants to go out and party, Taurus would rather stay in and binge on a new web show. These differences may hamper the Taurus and Libra friendship compatibility. However, being ruled by the same planet – Venus – both the signs find common ground in their bond.

Even though Taurus keeps scolding Libra for their lack of responsibility and the latter wants Taurus to loosen up, they share some delightful moments. The question that now arises is: does this friendship have the potential to lead to a life-long commitment? Scroll down to find out.

Taurus And Libra Compatibility In Marriage 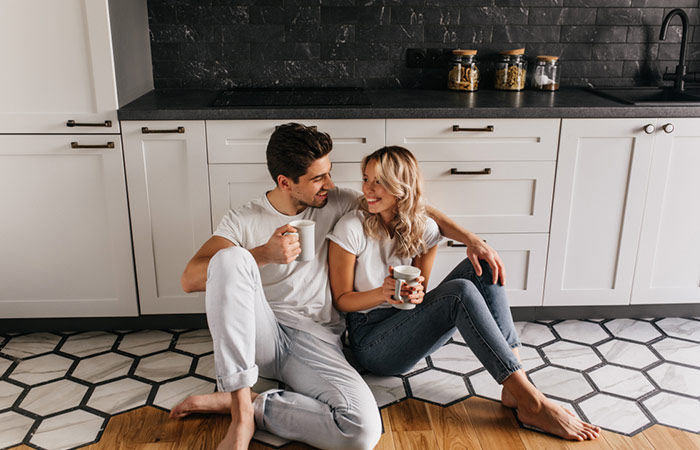 Are Libra and Taurus compatible when it comes to tying the knot? Unfortunately, their compatibility is not really high since it is peppered with heightened disagreements that can escalate to ugly fights. The refusal to adjust with each other paired up with their short tempers may hamper the relationship further. In addition, these signs have trouble communicating with each other, and they often fail to see eye to eye.

However, if you have spent enough time with your partner to gauge the situation, you may know them well to take the next step. But, if you still feel uncertain about your lives together, giving your relationship more time will be a step in the right direction.

Also, don’t be fooled by your steamy chemistry in bed and mistake it for overall compatibility. As Taurus and Libra are both ruled by Venus, they share a lot of the same energy, especially when it comes to intimacy and passion. Head to the next section for all the details.

Are Taurus And Libra Sexually Compatible? 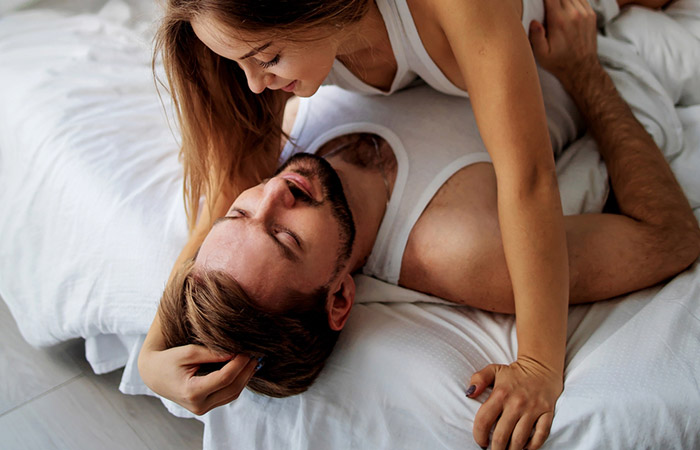 In bed, Taurus prefers to be comfortable and is inclined towards their sense of taste and touch. On the other hand, Libra loves beautiful things and will go to any length to ensure that the setting is perfect, even if it makes the former uncomfortable.

Most of the time, their relationship moves so slowly that instead of growing together, the two signs break each other apart. The two signs connect, but their different sexual desires may come in the way often. Once they sort their differences, they can fall into a whirlpool of passion that leaves them breathless.

Slow and sensual, romantic and patient, Libra and Taurus’ sexual compatibility fares pretty well during their shared intimate moments. Their love for all things beautiful gives them common ground to appreciate the finer things in life. Their dates are luxurious yet cozy, garnished with cuddles and amicable conversations. The compatibility between Libra and Taurus is surprisingly high on this front. If they are willing to find steady ground in other aspects, they will fall into a wonderful relationship.

Taurus and Libra form an unusual pair, and the relationship is bound to have its highs and lows. The next section discusses the strengths of a Taurus-Libra relationship and the areas in which they have to work to scale up their compatibility.

Pros And Cons Of Taurus-Libra Alliance 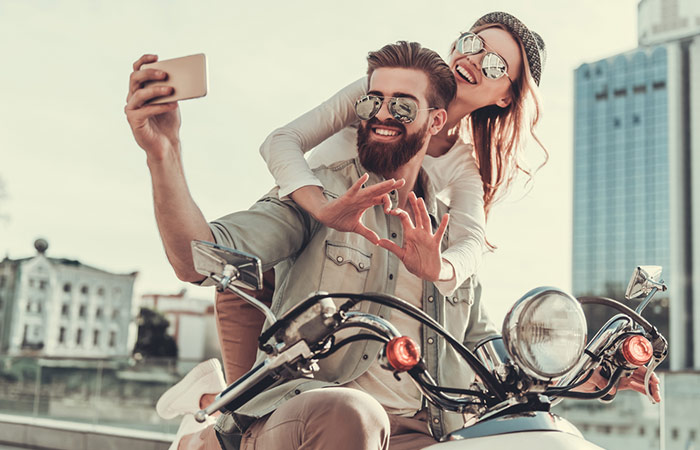 There is no conclusive answer to the question: are Taurus and Libra compatible? However, it is safe to say that if you are willing to put in the required effort, you shall have a bond that blooms beautifully. The possessive Taurus and the flirtatious Libra may have several disagreements, but their love for all things elegant holds immense importance in the relationship. The resulting tenderness and understanding make their bond stand apart from any other zodiac relationship. If the relationship does not last, it shall be a lesson for both. If it does, you can be a living example of delightful exceptions!

The post Your Ultimate Guide To Taurus And Libra Compatibility appeared first on STYLECRAZE.