9 Flight Secrets That Surprise Even The Most Regular Passengers

Most of us choose airplanes as the ideal mode of transportation. They are quicker, easier, and cleaner (as majority of us assume). While everything seems organized and perfect on the surface, there is much that goes on behind the scenes that even the most seasoned passengers are unaware of! While things differ from airline to airline, much of the experience remains the same. Knowing more about air travel will help you decide what to expect and how to approach traveling in an airplane. Here are some lesser-known things about air travel that you must know:

1. Asking For Extra Food Is Not Anything To Be Embarrassed About 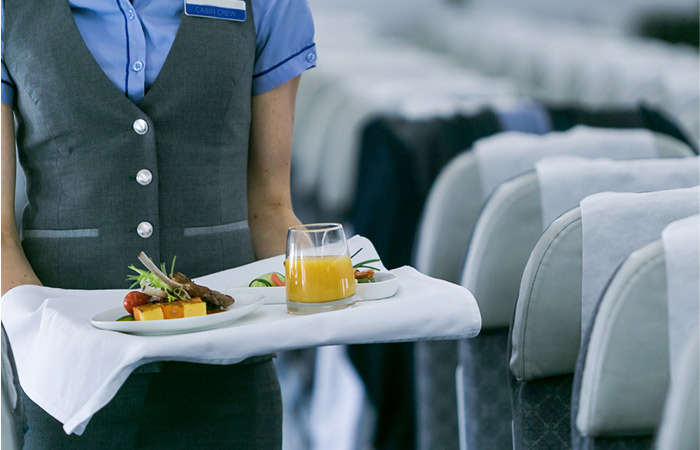 Considering that airline food has a limited shelf life, all extra food containers are immediately disposed of. There is no shame in asking for an additional dish as long as your stomach can handle it.

However, domestic airlines charge you for the food you order, and they are more expensive than usual. In addition, the flight attendants will require the exact amount of cash as all online transactions will cease to exist without an internet connection on the flight.

2. The Life Jacket Should Be Checked Before Taking Off 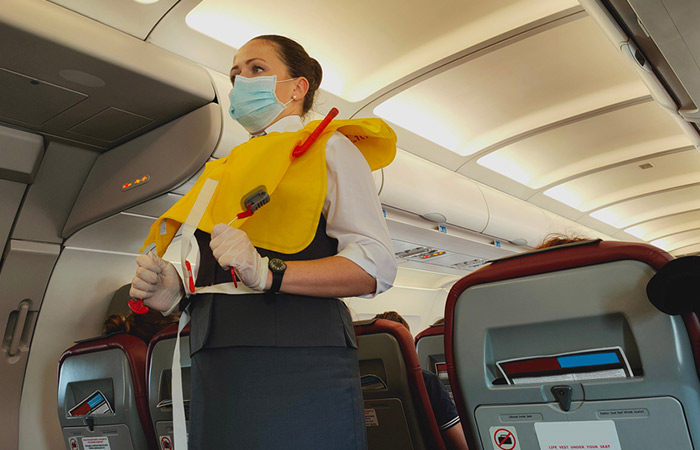 It’s shocking, but it’s true! Some passengers take their life jackets out from under their seats to keep them as a memento (even though it is a punishable offense). Check your seat before the flight to ensure the life vest is there and not stolen by a passenger.

3. There Is Superficial Cleaning 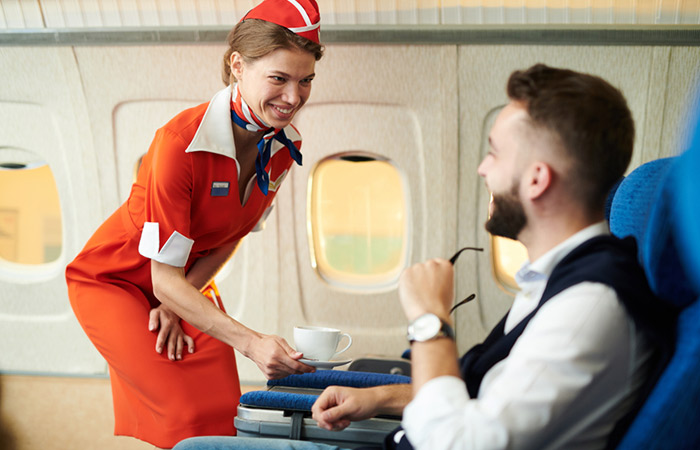 After a flight, most airlines merely do a “superficial cleaning.” Refolding blankets and pillows instead of washing them is the preferred method. Dirty food trays are not washed, and simply ‘cleaned.’ The person who was previously on your seat may have been sick, so it is your call if you want to rest your hands on the tray table.

4. The Bathroom Door Can Be Opened From Outside 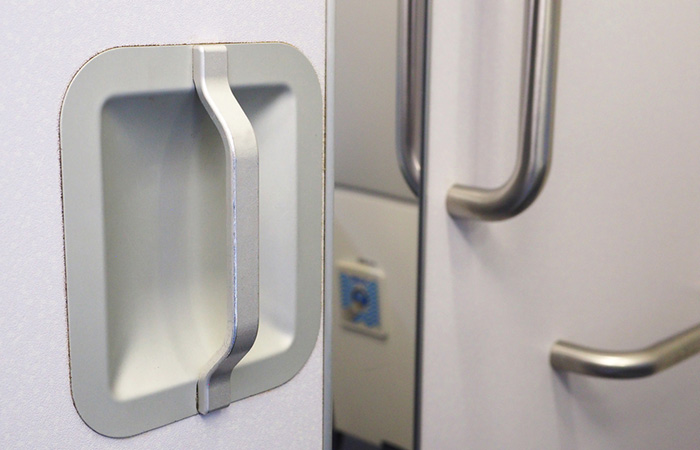 Flight attendants have their own keys to open the door if a passenger gets trapped in the restroom. In addition, many planes have the door lock mechanism built inside the “No Smoking” sign on the lavatory door itself. Open the door by raising the cigarette-shaped flap and rotating the bolt.

5. Always Board The Plane Last 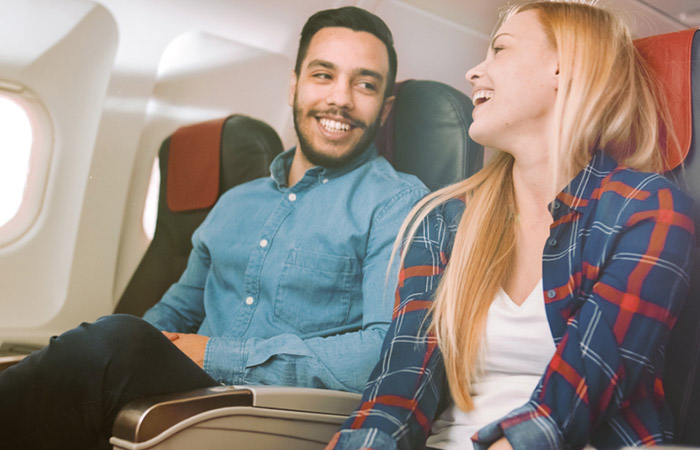 If you are traveling alone and don’t want to be squished between two strangers, the trick is to board last. It is easy to see which seats are available once everyone has taken their seats. This is also a great chance for you because the door has already been shut behind you, and there are no more passengers on board. If you are lucky, there might be a window seat that will entertain you with a great view.

6. Avoid The Seats On The Bulkhead 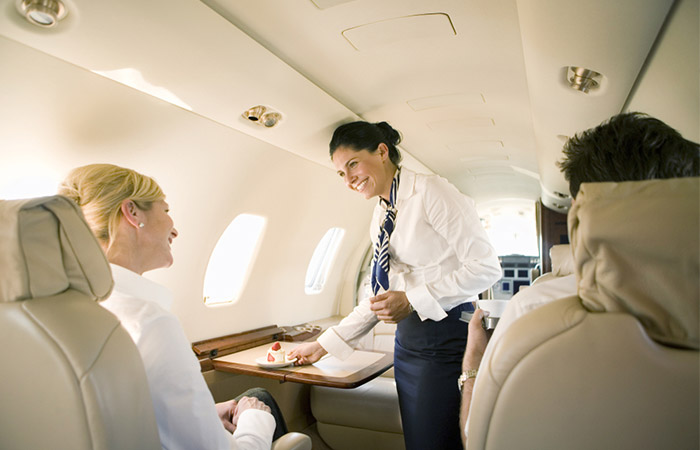 Keep in mind that the bulkhead seats are usually reserved for passengers with young children on board. This is simply because a baby carrier may be placed there more easily and safely. In other words, if you don’t enjoy having little screaming neighbors, you already know where not to sit.

7. Drink From Bottled Water Only 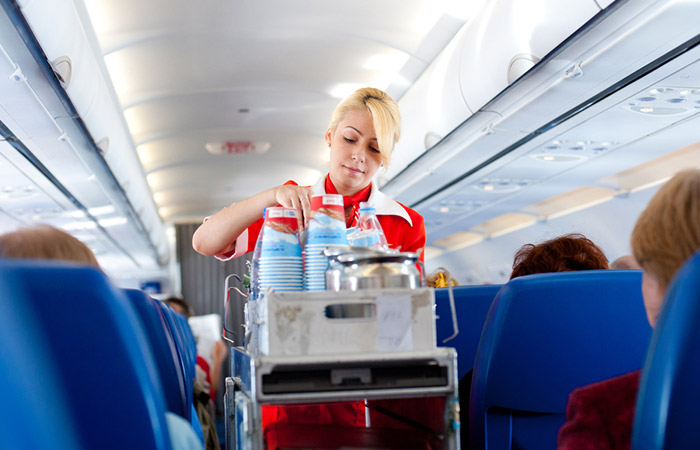 Airline water contamination has gotten much more attention since the water samples from 14 of the most popular airlines had bacteria counts that were hundreds of times higher than the industry norm. However, since the situation hasn’t altered much, it’s best to stick to bottled water while traveling. Do not order tap water, tea, coffee, and water from the sink. Even if you don’t carry water with you, the flight attendants will offer you bottled water, and you can ask for more than one!

8. The Headsets And Earplugs Are Not New 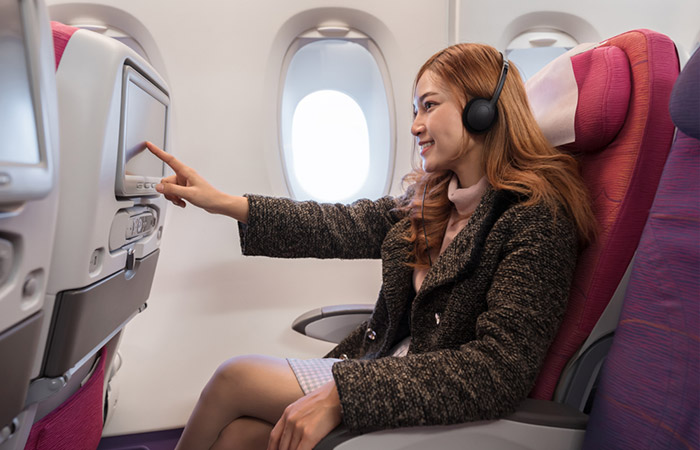 They may look new, but they have been used by the passenger before you and the thousands of passengers before them! The crew just collects them, ‘cleans’ them, and puts them in pouches for you to use.

9. The Oxygen Supply Lasts Only For 15 Minutes 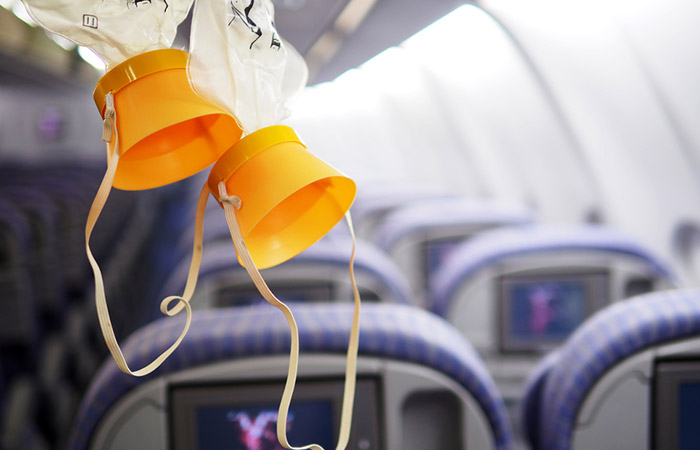 If you suffer from panic attacks, let’s pray you never get in a situation where you need to use the oxygen masks. The oxygen masks drop down and give you a supply of oxygen for 12-15 minutes only. During that time, the pilot will drop to a lower altitude to help you breathe comfortably. The panic stage is the first 30 seconds when you have to put the mask on yourself and breathe in before you pass out due to the lack of cabin pressure.

The poise and professionalism that the cabin crew maintains throughout their duty hours are commendable, and their hospitality is something that makes the long hours of travel possible. Even though they are exhausted after the long hours of flight and dealing with occasional difficult passengers, the least we can do is make their jobs easier by being polite passengers. So do you know any funny airplane stories that you would like to share? Let us know in the comments section!

The post 9 Flight Secrets That Surprise Even The Most Regular Passengers appeared first on STYLECRAZE.