9 Unusual Traditions That Are Popular Customs In Other Countries

Our world is a diverse place filled with unique traditions and cultures. The diversity in cultures is what makes each tradition exclusive. The variety also boosts your travel experience to see how different cultures live and function. Knowing and understanding the cultures is essential if you are a travel enthusiast, so that you are not caught up in embarrassing situations on your foreign holidays. Here are some common customs around the world that are not something we are used to seeing every day. Read on to know them all!

1. Finger Counting Is Represented By Hidden Numbers In Japan

People around the world use the finger counting system. It is easy, and for most of us, it is how we learn to count as a child. Some countries, like the United States and China, use the index finger as the starting point for counting. European countries, like Germany, Italy, and France, use their thumbs to count from one. But things are radically different in Japan. They don’t use their fingers to display the number, but rather their closed fist and their hidden thumb to indicate the number 1. So basically, the number of fingers you close on your fist are the numbers you are counting. Isn’t it bizarre! For centuries, numerous cultures have included banana leaves as their cutlery. In Indonesia, for instance, it is common practice to use a leaf mat as a plate when serving food. You might think it looks beautiful, but the banana leaf’s aesthetic value is secondary. The country has enormous cultivation of banana crops, and the leaves are a byproduct. Using banana leaves minimize the wastage of water used to clean the plates and generate green waste, which can be used as manure for cultivation.

Asking for salt in Egypt is considered rude. Doing so sends a message to the chef that the dish isn’t quite finished and requires more of your personal touch to make it taste right for you. In addition, Egyptians view it as offensive since it suggests the visitor is unimpressed by the meal. So if you like salty meals, you better carry your salt pouch! The ring finger on the left is usually where wedding bands are worn in the United States and numerous other Western countries. However, according to Indian customs, it should be worn on the right hand as the left is considered unclean (don’t ask why!). Married women also wear jewelry such as bichiya (toe rings) on the two toes beside the thumb toe.

5. A Newborn In South Korea Is Considered 1 Year Old

In Korea, every person’s birthday is January 1, so a newborn infant is already a year old. If a baby is born on December 31st, they will turn two years old on January 1. Let’s say your birth year is 2000; it means you’re 22 in Korea even if you’re just 19 everywhere else. No one knows where this system came from. However, there are alternative justifications for this unusual approach to determining age. One theory is that the 12 months recorded as the age at birth represent the nine months spent inside the womb, rounded up. According to several ideas, ancient Asian societies may not have accepted zero as an actual number. 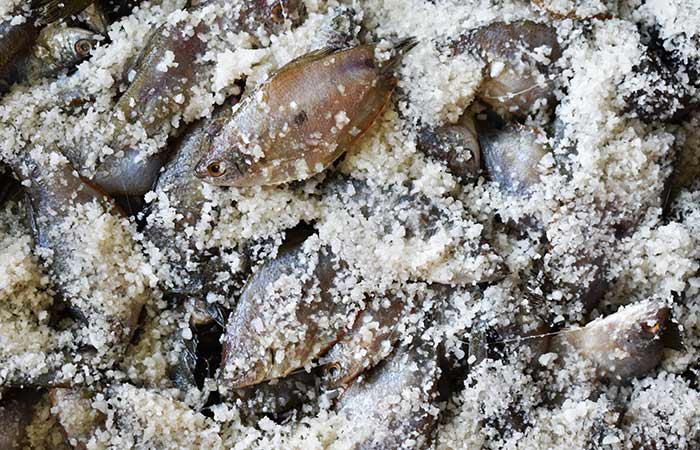 Surströmming, a herring from the Baltic Sea, is fermented with a little bit of salt and eaten in Sweden since about the 16th century. The name is translated as sour herring. So who is interested in fermented fish?

7. Locals In Norway Opt For A Specialized Cheese Slicer Instead Of Regular Knives

Norway’s citizens are serious cheese lovers. A cheese slicer, a standard appliance in the kitchen, is utilized instead of a knife. Cheese slicers come in various designs, and picking the right one will depend mainly on the type of cheese you plan to slice.

8. In New Zealand, Walking Bare Feet Is Quite Acceptable

In New Zealand, staying bare feet is entirely acceptable and a common sight. Children frequently visit parks barefoot, and it is socially acceptable to wear sandals or flip-flops inside most offices.

Castrillo de Murcia is a town in northern Spain with a long-standing cultural tradition in which men dressed in colorful clothes jump over newborns as part of a festival called “El Salto del Colacho.” This festival will initiate the baby into the community’s religious and cultural norms.

The world is a magical place with people of diverse cultures celebrating their own traditions. Understanding people and their cultures only help you widen your mind and enjoy their side of the world. Every practice has a story, and the more you know about them, the more you will understand why people, through centuries, keep the rules alive and going. So, what is the tradition you follow that you would like to add to our list? Let us know in the comments section!

The post 9 Unusual Traditions That Are Popular Customs In Other Countries appeared first on STYLECRAZE.